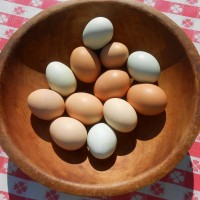 Working as an adjunct in Vietnam

What is it like to be an adjunct (part time) English teacher in higher ed in Vietnam?

Jessica, (her English name) came by our office at Ton Duc Thang University this afternoon. I had sent her an email asking permission to write down some information about her working conditions and she offered to drop in and answer some questions.

She is a very tall (for a Vietnamese) young woman who dresses elegantly in business clothes and speaks very fluent correct English, although without the relaxed intonations of a native speaker.

The Office Next Door

The office next to ours, as I mentioned before, is a generic meeting room with 10 upholstered chairs, air conditioning, and some small wooden coffee tables. It serves as both the gang office for adjunct lecturers (part-time, not full-time “regular” teachers, who are also called lecturers) and for meetings for whole faculties such as the Business Administration faculty which is across the hall from us. Another use for this office, however, is for sleeping. Adjuncts push two chairs together and lie down across them and sleep. One day last week I saw five women (they seem to be all women) sleeping quietly this way. They also eat lunch here, spreading a napkin out on a table, and grade papers and talk on the phone.

Jessica was one of the sleeping lecturers once when Joe walked past that office. A few minutes later I met her in the ladies’ room and she said “Hello,” in her very good English. So we talked and I asked her to come into our office and talk some more. Joe loaned her a copy of his book, Reclaiming the Ivory Tower, which is about organizing adjuncts, and she kept it for two weeks, actually read it, and told Joe that she saw herself in it. Thus ensued a long conversation and probably more to come.

I thought it would interest some people who are reading this blog if I wrote down what her working conditions are like.

When she dropped in yesterday, she had just had observers in her pre-intermediate English class. These were new teachers, coming to learn her teaching techniques, which was fine with her except that she had had no warning and therefore had not had a chance to prepare the most appropriate lesson or inform her students.

I don’t need to explain how she felt about that, do I?

Two Jobs and Looking for a Third

She teaches at two places right now, at the TOIC Center at Ton Duc Thang and at Studylink, a private English Center. She is going to apply to the Open Minds English center, which is a separate private organization but it’s located in Building E at Ton Duc Thang.

She has been teaching English for 6 years. When she started teaching, she had only a university degree from the Ho Chi Minh City University of Pedagogy. Now she is working on her MA at the Open University in Applied LInguistics.

She is 28 years old and lives with her parents. She is self-supporting to a certain extent; she gives her parents money for her food and rent, but what she gives them is probably not enough to cover their actual expenses. When she was a student, she worked as a tutor for high school students.

The problem (the same problem as for all contingents) is that her income is not fixed. It depends on how many classes she has each month. Typically she makes 12 million Vietnam Dong (MVD) per month ($533) but in order to earn that much, she has to work 7 periods per day of in-class teaching, plus whatever she needs of her own time to prepare the lessons, which is about an hour a day. In order to get 7 hours a day, she has to have two or three different jobs.

Right now she doesn’t have that many classes and her salary has gone down to 9 MVD ($400) a month. (By the way, this is the amount that Ton Duc Thang is paying each of us as stipend/expense money while we’re here. We find it sufficient given that we’re getting free housing and laundry, and can eat at the dorm canteens for $1 or $2 for a nice pho or rice-and-veggies plus meat meal. We spend about as much on taxis as we do on food. If we had to really live on it — pay rent, utilities, health insurance etc. out of it –  we would not make it.) The average wage in Vietnam these days, just for comparison, is between 3.1 and 4 MVD ($130-180).

In the previous semester she had 6 classes. That was the semester she made 12 MD. This semester she has 4. She said that she was expecting some more classes, but they didn’t give her any more. This information was not given in advance. The lecturers only learned it when they came to the school to start to teach. The official who made this announcement explained that the school changed their policy and now would not give lecturers more than 4 classes per semester.

Teachers talking about the problem

Jessica has talked with other English teachers a lot. They are all in the same situation. They are all affected by the lack of job security. But when they think about what to do about this new policy, they think it is “mission impossible.”

“No one is listening to us,” Jessica said. “Even the director of the TOIC center said, ‘It came from above.’” Someone up the administrative ladder makes these decisions and then the director just does what he is told. They don’t have the right to question it.

In one meeting, Jessica and some other colleagues asked the director about getting an increase in salary and some benefits for part timers who work mostly in the TOIC center. He said he couldn’t do anything about this.

Although lecturers have talked together about this policy and the lack of job security in general, they seem to feel that is impossible to “unite and raise our voice for benefits. It seems like nobody’s listening. People feel that there’s no use doing this – it won’t work.”

Why cut class load to no more than four classes?

What was the point of this change in policy, limiting part-time lecturers to four classes? Her guess is that they want teachers to spend more time on preparation for their classes. However, she said, this was not logical because if a teacher’s income is low, they will spend less time on preparation for classes because they have to find other jobs. This way they will lose even more time because they have to travel to those classes.

In the US, because of the new healthcare act, if you work less than 30 hours a week, the employer doesn’t have to provide heath care. This does not apply in Vietnam. But another motivation for cutting load is that when a substantial number of people teach at one place for a large percent of their load (not just one or two classes), there is always the possibility that they will get together and organize. Spreading out classes over more adjuncts would reduce their ability to organize, by forcing more of them to get more jobs.

Jessica speculated that maybe the administration didn’t want them to identify too much with the university. When lecturers have so many classes here, and spend most of the time here, the administration may fear that they will ask for some benefits.

No benefits such as insurance come with the job. No office, no computer etc. There are computers in their classrooms, but lecturers can only use them when they are in class. When the class is over they have to get out.

Jessica buys her own benefits at 500,000 D for health insurance for a year. If she had to use it, she would go to the hospital near her place. It’s cheap but the quality is poor.

For lecturers who work part-time there is very little professional development. In the past, there were some workshops for part timers but this semester she didn’t hear anything related to that. They changed the director of the TOIC center and maybe the new one doesn’t want to hold those workshops.

Does she belong to a union ? No, she says, because she is not a full time teacher in any school. The union only represents full time workers. She has never heard of anything they could do for part-timers.

When I told Jessica that we have some students who work part time and are also union members, she was surprised. Jessica asked if they have any proof. In fact, this information came from our student research papers; some students who work part-time and are reporting on their own workplaces say that they think they are union members. However, Jessica has no papers that say she is a union member. You need those papers in order to get benefits. When she buys insurance they ask her if she works full-time for any company and when she says no, that affects the price. If she was a fulltime worker, the place that she works would buy the insurance for her. But she doesn’t work for any place full time so she has to buy it on her own.

When and if Jessica gets married to her boyfriend she will probably start her own private English classes. The province where they will live is remote. Most of the people who live there are farmers. It’s a very, very beautiful province but the population is quite small, so there won’t be enough students for her to open a real English Center. She would be teaching high school students. When they graduate from high school, they would probably go to big cities to study in universities.

When Jessica came by this morning to drop off her corrections to this entry she told Joe she was working on getting some people together. He has ordered more copies of his book.