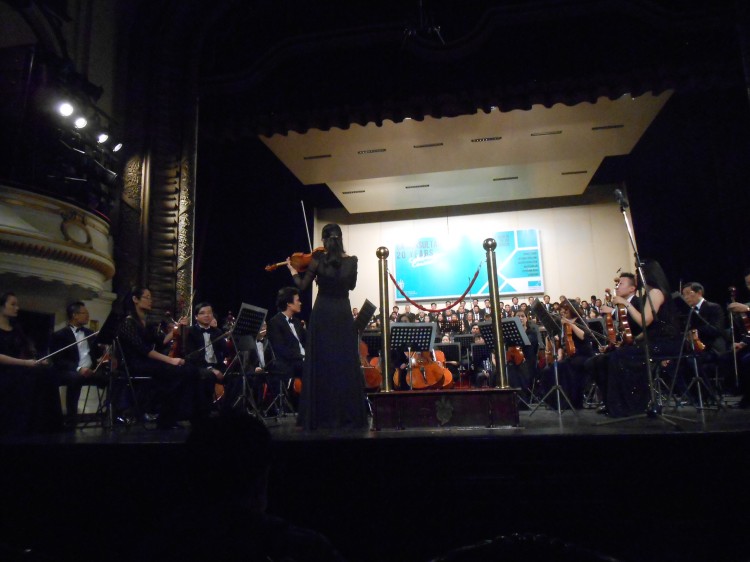 The Concertmistress gives the A

Honna Tetsuji is Music Director and Principal conductor of the Vietnam National Symphony Orchestra. He conducted a performance of Beethoven’s Ninth, complete with huge chorus, on Friday night Dec 18 at the Opera House. We went. It was great.

This performance appeared to be sponsored by a Japanese company. Older Japanese men in very good black suits sat in a row in the middle of the audience. One of them gave a friendly, gracious speech at the beginning, translated into Vietnamese. 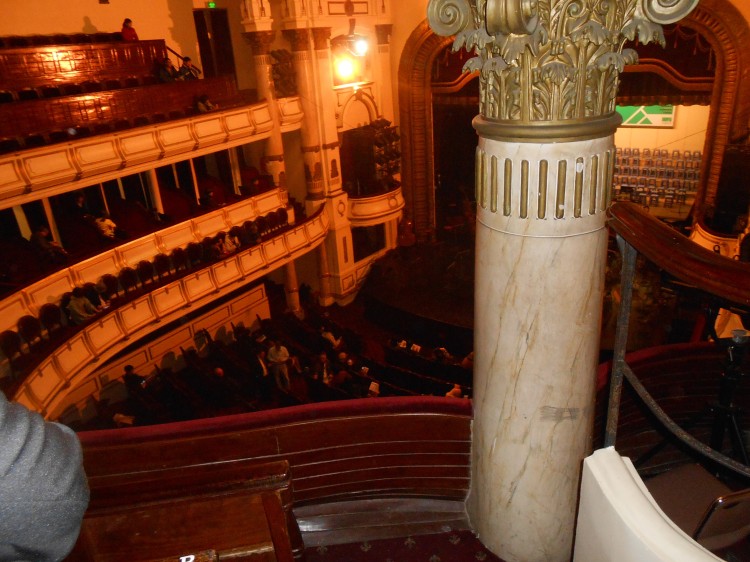 You can just barely see Joe, wearing a light jacket, in the corner between the railing and the pillar. We were sitting in the 3rd row center.

The Grand Staircase. People walked up and down it, met and had conversations on it.

In 1946, the first government of the Democratic Republic of Vietnam was formed. The Assembly took place at the Hanoi Opera House. In pictures, it looks very much now the way it did then. It has been carefully refurbished but not remodeled.

I took some pictures of the lobby and the halls at different levels, which are so shiny that they look as if they had been polished. The shine and polish goes all the way down into the basement where the restrooms are, but they are new.

It was an expensive evening: 500 thousand dong per ticket, or $22.40. There were a lot of empty seats down in front, but they filled in as the evening proceeded.Although there were quite a few “foreigners” (people who look like me and Joe) there, the only language I heard was Vietnamese, plus some Japanese.

The Beethoven was the only thing on the program; four movements, tremendous loud crashing and banging and thrilling drum rolls that seemed to go on forever. Great fun! The performers seemed a bit serious at first but as they played they loosened up. Maybe they saw the audience smiling. 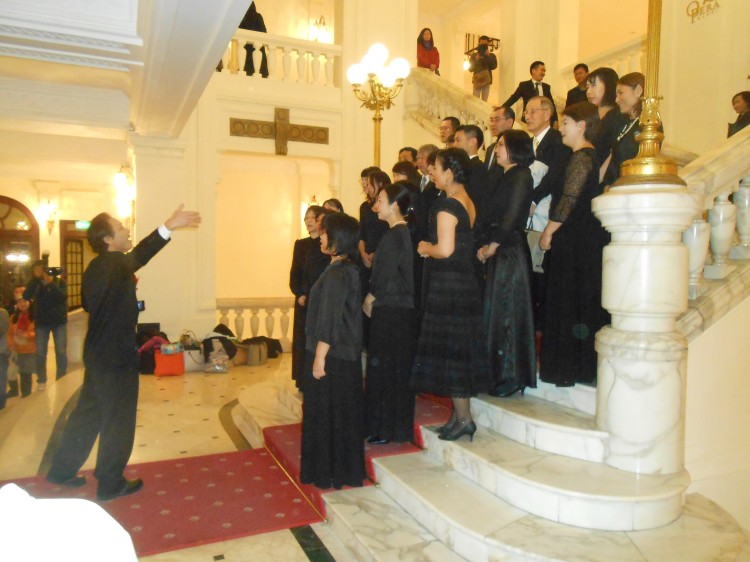 After the performance, some of the singers came out and gave a Christmas carol concert on the Grand Staircase. The medley of carols was new to me; strange dissonant  harmonies as they went from song to song.

We sat next to an Australian woman, an art historian, who told us that she had been allowed to look into it in 1999, when it was closed to the public, and there were bats flying around.