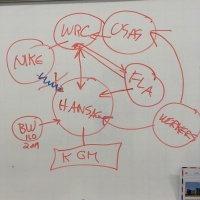 We broke out of shelter-in-place and went to Santa Cruz and points south for a few days.  On the board walk were these guys: 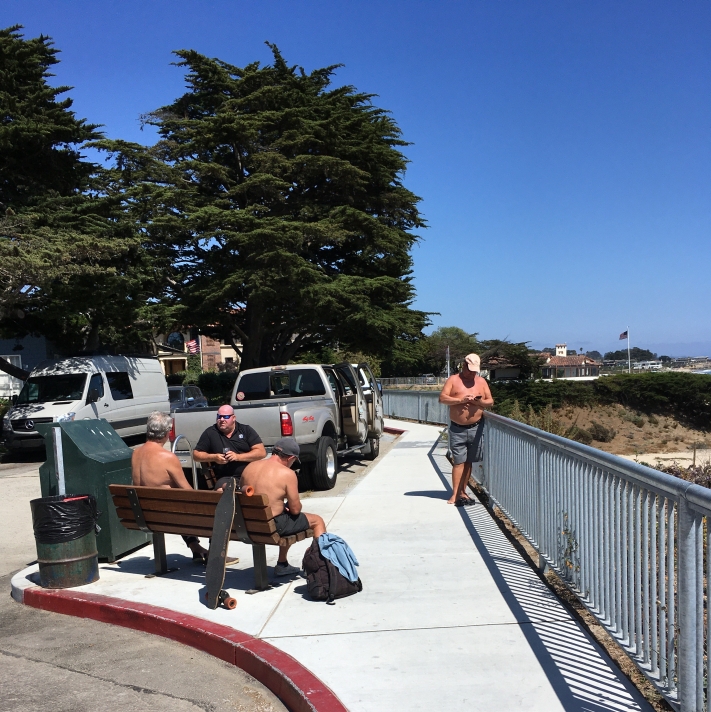 These are not the high school kids who are in desperate need of connecting with each other.  These are old beach bums.

Other than that, the sand and water were a great rest for the eyes.  Last time we were in this water it was at Vung Tau. 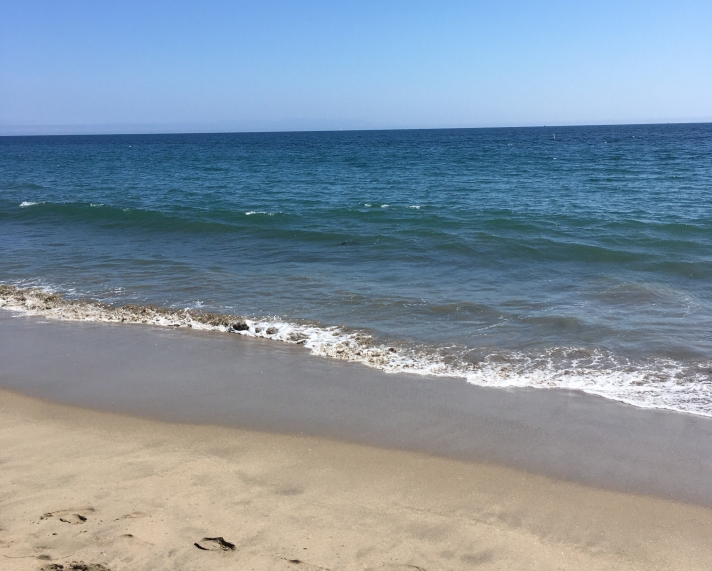 And in Watsonville, where the Pajaro river comes down from the Coast Range carrying  light rich soil down to form the miles of level fields that encroach on the Pacific edge. That’s where strawberries, cabbage, and artichokes grow.  This slough was saved from developers; just barely. 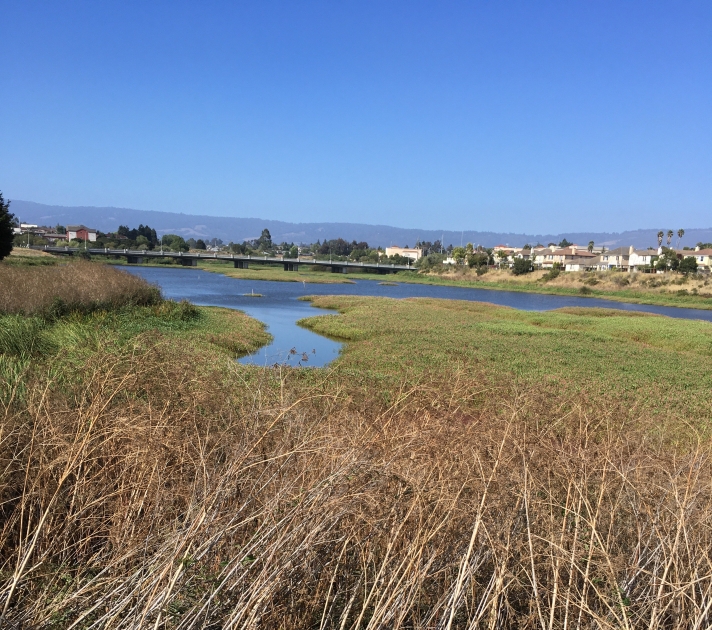 This enormous mansion overlooked those fields. This is just west of Highway 1, the Pacific Coast Highway. 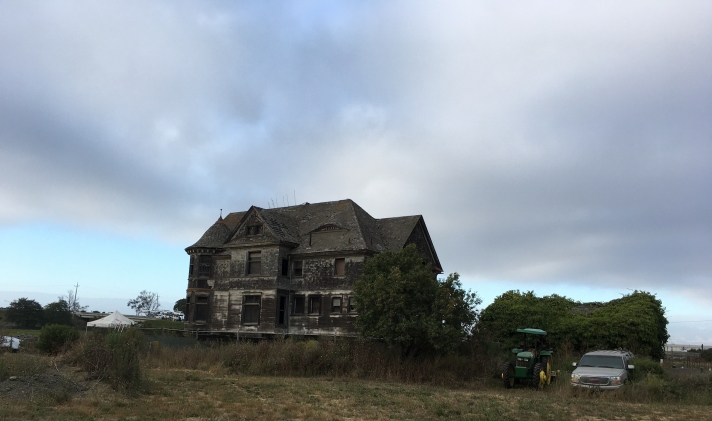 And across a frontage road this monster is rising– what is it? A convention center?

Heading north on Highway 1, marvelous beaches invisible from the road.  It was Saturday so you could see cars parked — so what are all these people interested in?  We go look. 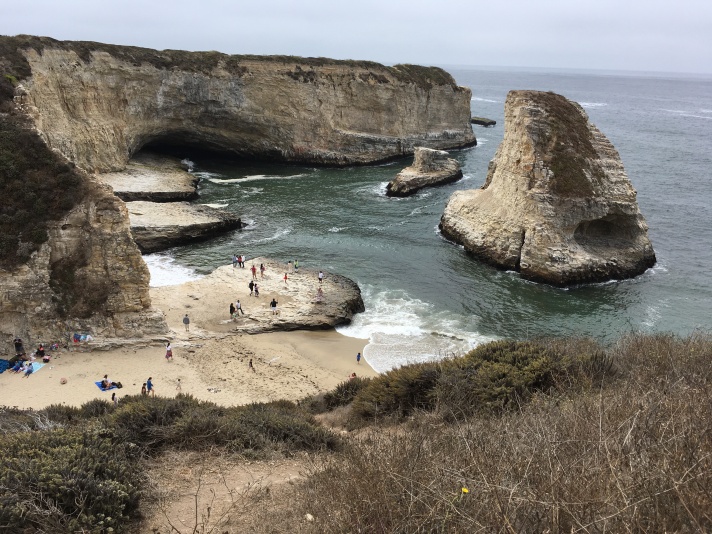 Pretty good social distancing, it looks like.  And a field  of lilies near Half Moon Bay: 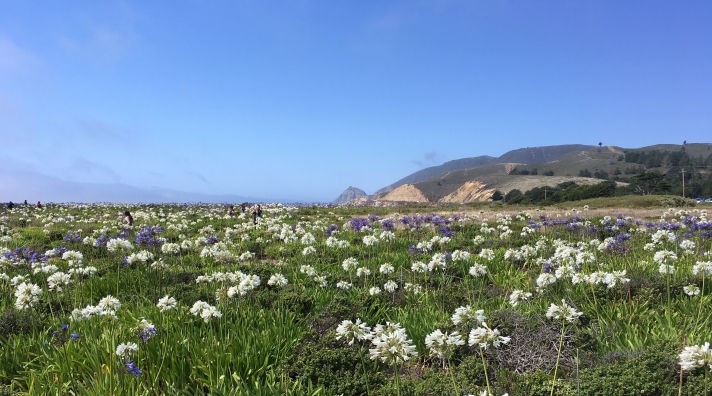 Swanton’s, which has a contract with the UFWs where you can get a union strawberry!! 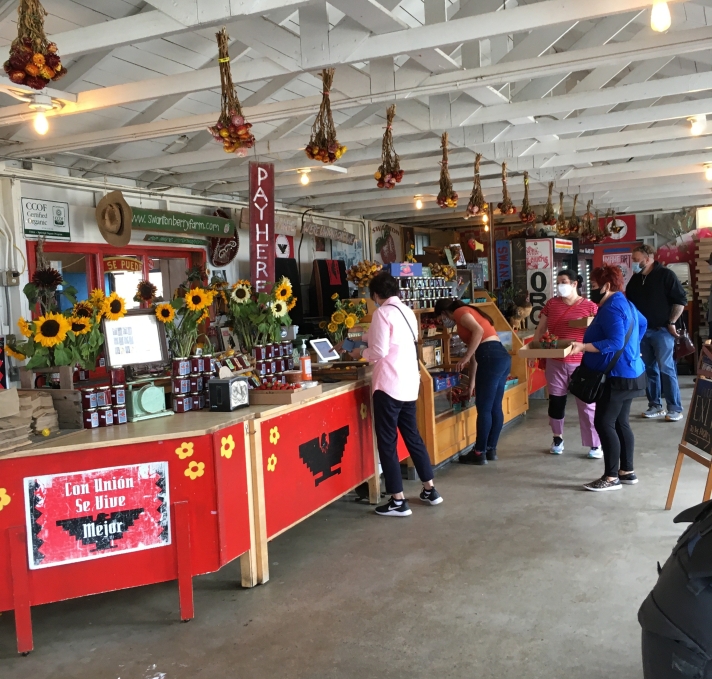 And so we return to Berkeley, where we find out that Kamala Harris is the VP pick — a good thing, quite a relief for me.  She’s a fighter, very ambitious, smart, good-looking and can get nasty when necessary.  She’s someone you can get behind.  I am relieved.

But I also listened to a podcast that gamed out what the Republicans might do leading up to the election and between the election and the inauguration.  The assumption is that Trump won’t accept the results if he doesn’t actually win.  One possibility is that he’ll just declare victory no matter what, and defend it, using his “base” — which is very armed.  Another is that if the Trump administration has to leave the government, it will do scorched earth: destroy all documents, hard drives, furniture, etc.  This seemed to shock the interviewer. However, it’s what the leadership of IBT 743 did when it had to clear out and let the newly elected leadership move in.  So you can learn from the labor movement, as it were.

This site uses Akismet to reduce spam. Learn how your comment data is processed.