The bus leaves at 9 pm from HCMC and gets into Da Lat about 4 am. It’s one of those Korean sleeper buses; two levels of couches where you lie almost prone. In the dark, the bus climbs. I can feel my ears pop. Da Lat is in the Central Highlands, about 5,700 feet. That means it is cool, like San Francisco. It is known as the City of Flowers. 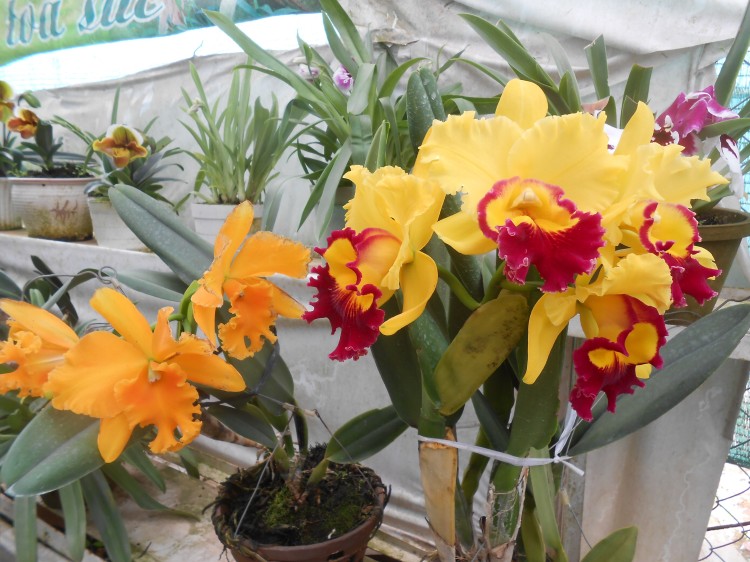 The famous garden center has hundreds of bonsai, some of which have to be over 100 years old. Someone took care of them throughout those 100 years. Where were they kept? This one looks like an ent, walking: 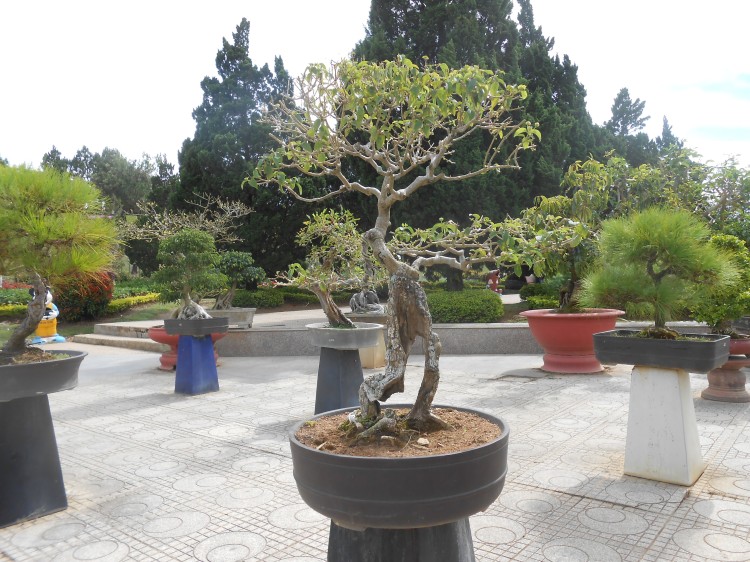 The main entrance to the gardens:

At the center of Da Lat is a large long lake, fed by numerous rivers that come down from the watershed through valleys. Those valleys are filling up with greenhouses and garden beds. This is where strawberries, artichokes, and many other good things come from. 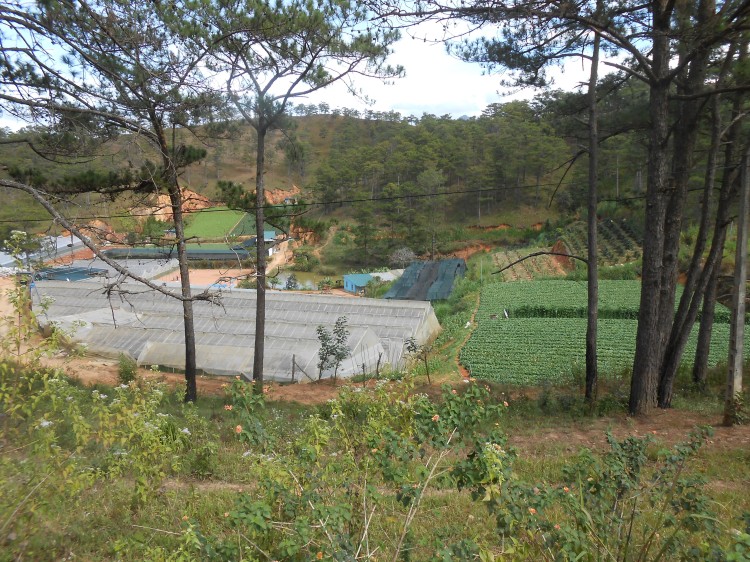 We traveled up into these mountains to visit a performance space where members of what is probably the Co Co ethnic minority (more about that later) offer a show about their life, and then a visit to a valley called Cu Lan, where there is a  village where the Co Co may have lived. On the way, back, we stopped with Vinh’s friend Hien and her boyfriend for a picnic. It’s a full-service picnic area; they will kill a pig or a chicken for you, provide charcoal stoves, and if you want to spend the night, a blanket. 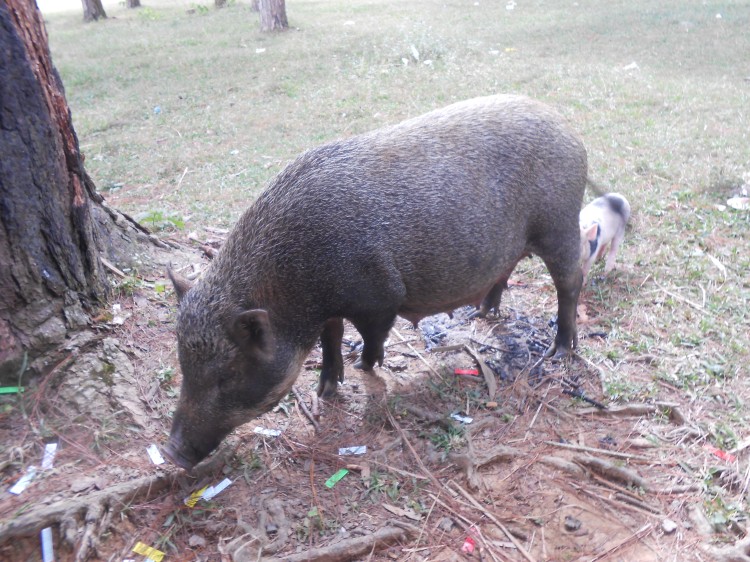 Bao Dai, the last King of Vietnam, had one of his summer palaces up here.  He managed to keep a position after 1945, while the French maintained their occupation, all the way to 1955 when he finally left and went to France. Here’s a paper about the design: http://www.icom-icdad.com/downloads/Shanghai_PlenaryPaper7_Kannes.pdf 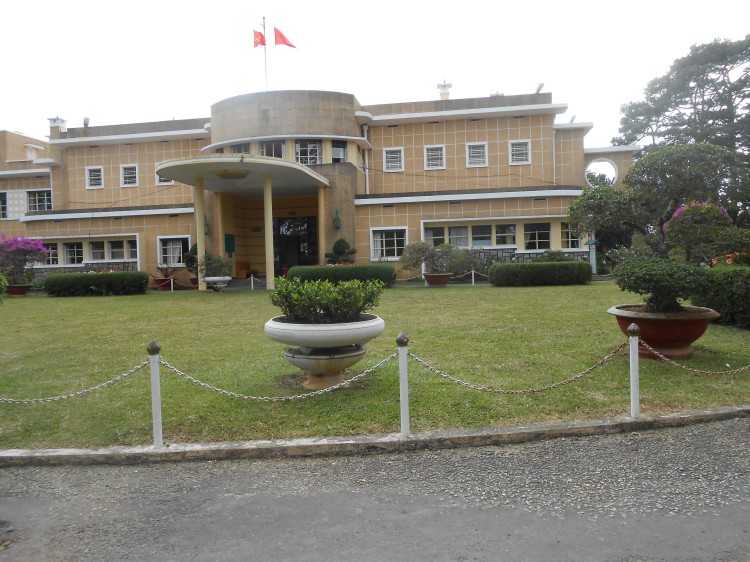 This is the bedroom of two of the princesses.

This is the main parlor. Orange mohair and silk (looks like, at least) upholstery. All original furnishings, somewhat faded. Imagine having to think about what color dress you are going to wear to sit on those chairs.

The paper I’ve linked above describes the layout as an arrangement of volumes, not a set of rooms. This sounds right.

There is a “moon-viewing” terrace outside Bao Dai’s bedroom, overlooking one of several formal gardens and a row of trees bordering a steep drop down into a valley. It’s easy to imagine him walking there, smoking, calculating, figuring the best date for getting the hell out of Vietnam. His wife took the kids and went to Paris and died of cancer. Bao Dai stayed on a while with his concubine. His son, the Crown Prince, fought in Algeria and lived into the 2000’s.

Vinh’s friend Hien lives and works in Da Lat and knew the best place to have breakfast, the Home Cafe, which is somebody’s house and also a greenhouse.

We climbed up through winding roads in the center city and looked down at the the big market, that gray multi-story building in the center, the Cho Da Lat.

Me and Vinh, on the “tourist train” which still runs to some nearby location; it originally brought the French up from the lowlands to get out of the hot weather. Now the train station is a tourist destination. They’re working on getting the train back running.

Thinh at the garden.