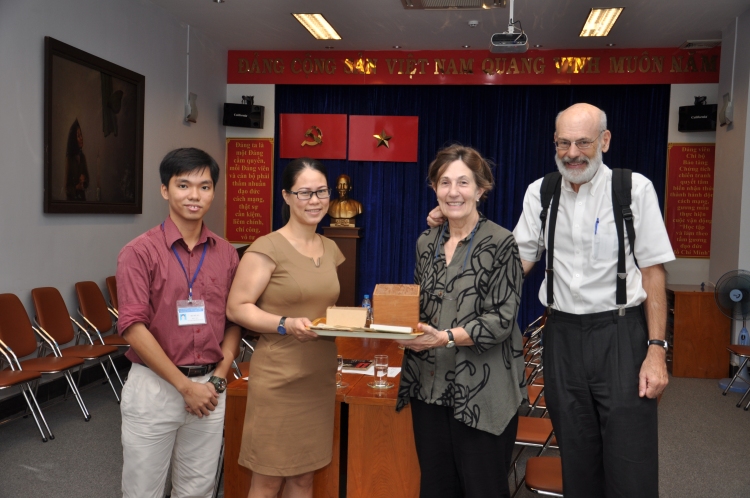 Last summer Joe and I were going though things in the barn attic in Vermont and found this small wooden box in the old file cabinet. When we opened it, we saw  glass slides, a booklet, a stapled pack of typed pages and a reel-to-reel audio tape. The slides were photos taken by Felix Greene in Vietnam in 1965-66. The box was one of many that were distributed to people in the US who would then hold a meeting in their living rooms or churches or schools to teach friends and neighbors about who the North Vietnamese really were and what life under the American bombardment was like.

On the cover of the box of slides, in my father’s handwriting, was the note, “Slide #50 is missing because it was taken by the FBI and the ONI as evidence.”  That slide had a picture of Felix Greene and Ho Chi Minh. ONI stands for Office of Naval Intelligence; my dad was in the Navy in the Pacific in WWII and retired as a Lieutenant Commander.

In the photo above, that’s Ho Chi Minh in the background.

We also have a copy of my father’s FBI file. I remember Mom telling me about that visit. “I fed them cucumber sandwiches,” she said. A neighbor, someone who lived across the road in Lake Dunmore, Vermont, had turned them in after they had shown the slides one night.

It was Joe’s idea to donate the box to the War Remnants Museum. I was doubtful that they’d have room for them; surely everyone is bringing evidence of their anti-war activity and trying to get the Museum to accept it. But they accepted it. Someone had already brought them a copy of Felix Green’s book, Vietnam! Vietnam! – a 1966 edition, very banged up and well-read. 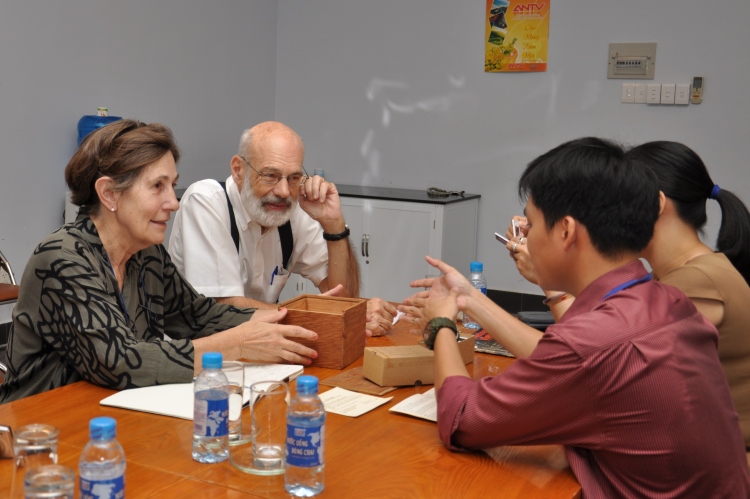 The meeting and conversation went on for a good hour, with signing of donation papers etc. The young man is Tran Huu Duy, Staff Member of the Propaganda and Foreign Relations Division, an interpreter and translator and a graduate of a training program for interpreters. The young woman is Binh Ngoc Hang, Deputy Head of the Research and Collections Department. Her degree is in history.

There is a point at which you don’t want to talk any more about things like this. You take it up to a point and then the two experiences, the US and the Vietnamese, diverge. The donation of an anti-war artifact does not entitle the donor to expand the conversation indefinitely. It’s not the job of the Museum to accept the whole load of the donor’s personal feelings, in addition to the artifact. So don’t go on and on; no speeches. Besides, they’re a different generation. They are the grandchildren of the people Joe would have been told to kill if he hadn’t been declared “pathological passive-aggressive” or whatever by his draft board. The Assistant Director said, “We forgive, but we do not forget.”This is no the first time I’ve heard this. It ends the conversation.

There is a sort of guilt-redemption industry. You can read about it. There was a tour for the children of US soldiers downed in the war and there was an article about it in the NY Times. It’s a good idea and probably helps. But it’s an industry.

Here are some ways my way of being in the world is different from the way the Vietnamese are in the world.  I do not like parades that look like military exercises, even it it’s young people running across the soccer field carrying a huge silk version of the Vietnamese flag. I don’t like displays of military drills with or without guns. They can like it — that’s fine. I am alarmed by nationalism. It’s the difference between being a Vietnamese and coming from a small country that has been invaded over and over again and has to defend itself, versus being American and coming from a big country bursting with weapons that has a history of invading other countries, to say nothing of just bombing them without bothering to invade them. I can sit beside Vinh and watch students performing military drills and feel heartsick, while she feels proud. 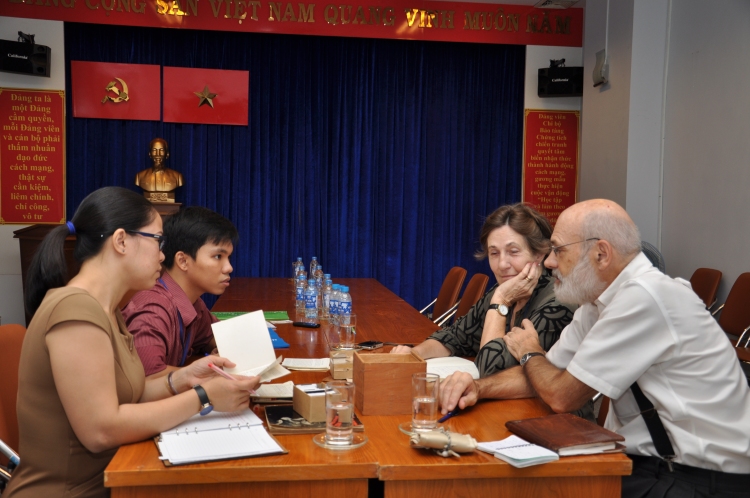 I also get worried about the way people talk about “ethnic minorities” here.I don’t understand it. Nobody here seems to believe me when I say how many people are in prison in the US, how many Blacks have been killed by police.

And then there’s the TPP labor side agreement. This morning we met with a woman who works facilitating a lot of relationships among NGO’s (non-profits, they call them here) in HCMC, and she said that people she knew were really excited about it. This also worries me. To say nothing of our colleague in the Business Administration Program who said, “If the Americans had won, we would all be rich. South Vietnam would be like South Korea and the North  would be like North Korea.” This guy is an economist teaching from Samuelson and Mankiw, who said that Walmart’s low prices had “saved” Americans billions of dollars.

Although I love Vietnam, including the people, the food, the coastline, everything (except traffic jams), and especially our students, I need to go back to the US and work on the Bernie Sanders campaign. 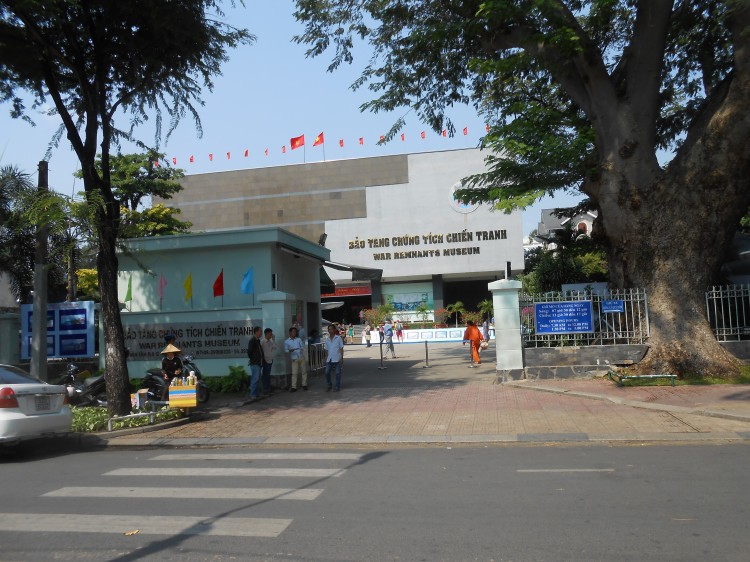 3 thoughts on “Felix Greene in HCMC”