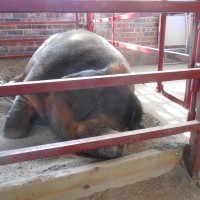 Between now and May 2016, there are 30 new courses that have to be prepared. Dean Hoa, with whom we had dinner the other night at a Japanese restaurant (best fish I ever ate – grilled mackerel) says that they have the textbooks. They just now came into the library. Now they have to read them and write the syllabi. Reading them involves us, I believe, since they are all if not most in English. Vinh says that responsibility for the different courses has been spread around among the lecturers.

We have both been part of designing a new curriculum before. We worked with Steven Ashby at Illinois to put together the online program. I worked with Sue Schurman and Pat Greenfield at the National Labor College when that program was just ramping up to shift to credit from non-credit. The push to lay out the courses, head to toe, and get them on the books is the same. Once you are committed to doing it, you just have to push forward systematically and not think too hard. You’re in the “Get it done” mode, not the “Isn’t this interesting?” mode. So in some ways, this is familiar.

What is not familiar is the sense of expanding possibility. Vietnam is growing. The economy is expanding. There is solid support for this university and for this program. The crisis is not the same kind of crisis we’re used to in the US, where things are falling apart and people are afraid. Instead, it’s a crisis of managing a runaway horse, or at least one that could run away if you lost control.

Joe noted that the display of wildly glamorous fashions in the breezeway on the first floor is part of an overarching plan to capture the high value part of an industry, the design end rather than just the assembly end. So much of Vietnamese manufacturing is assembly of products out of parts that are designed and made elsewhere. It’s easier to see how this works in fashion and media than it is in labor relations, but it’s the same idea. Making Ton Duc Thang one of the top 100 universities in the world and attracting international students to this labor relations program by teaching in English are ways of capturing the high value part of the higher ed industry.

About that fish. It was so good that you could believe that it did not die in pain, that as it went under the flame, it spoke to me and said, “Now I lay me down to grill, I hope you enjoy your dinner.”

One thought on “On the Ground 5”